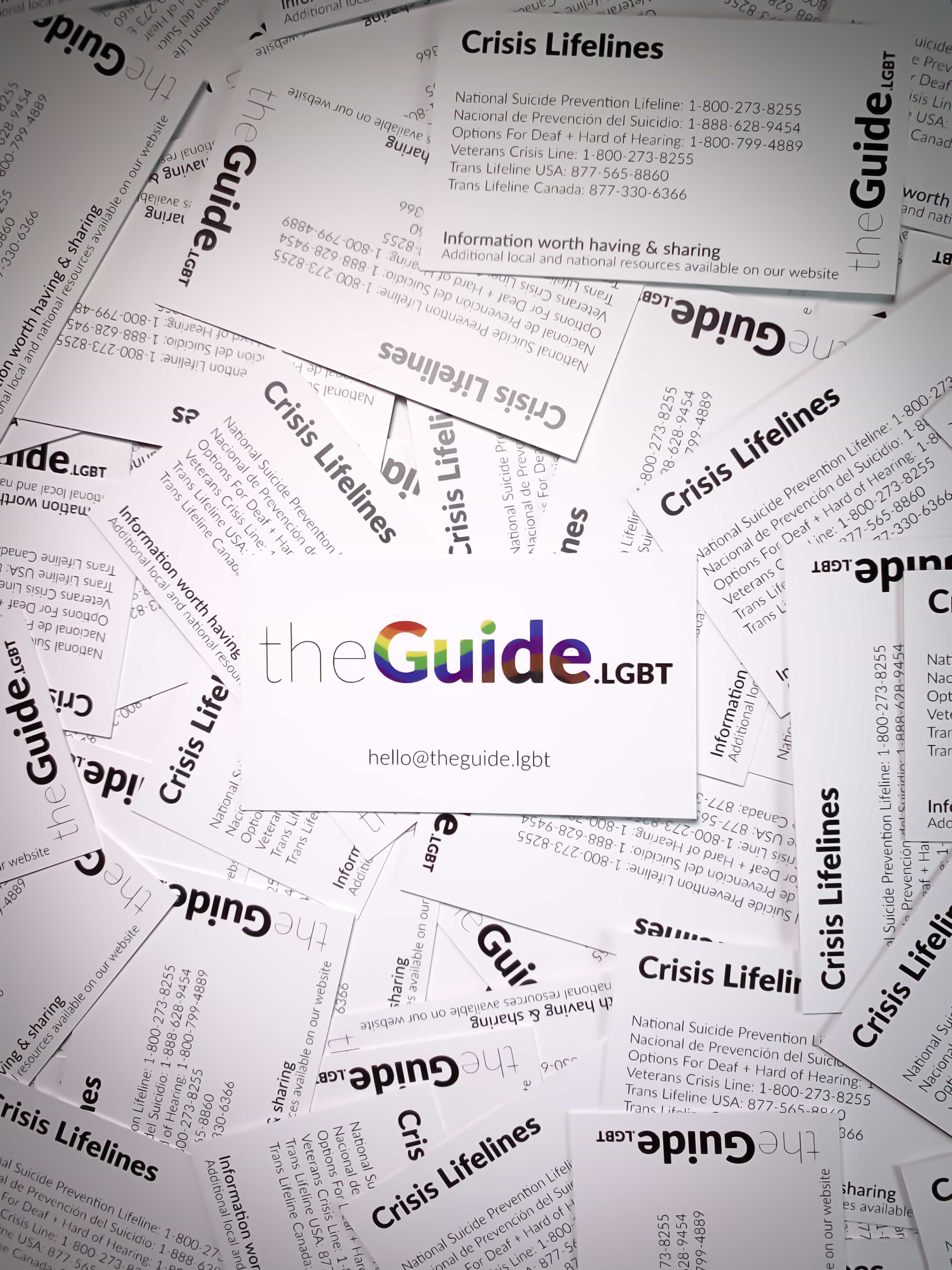 According to a recent report released by the CDC in 2018, nearly 45,000 Americans aged 10 and older died by suicide in 2016.¹ The numbers have only grown in the past years and the LGBT* community is especially vulnerable. According to the Family Acceptance Project,

"Gay and transgender teens who were highly rejected by their parents and caregivers were at very high risk for health and mental health problems when they become young adults (ages 21-25). Highly rejected young people were:

compared with gay and transgender young adults who were not at all or only rejected a little by their parents and caregivers – because of their gay or transgender identity."²

In recent years more effort has been placed on sharing out crisis lifelines to help prevent suicide. We hope that with the distribution of our Crisis Cards, we can get the right information out to those who need it. These cards are conveniently sized and easily fit into wallets/purses. If you or someone you know needs the information it will always be with you. You may also snap a picture and post it on social media to help spread the lifelines. The cards also direct individuals to our website for local and national resources.

Crisis Cards will begin circulation in Madison, WI with other locations starting later in 2019. The cards come in two different sizes and while the focus is towards the LGBT* community, an individuals sexual orientation should not deter them from calling any crisis lifeline if they are in need. The National Suicide Prevention Lifeline is always prominently displayed on every page of our website and is on every card.