I Should Have Done This Sooner - Anonymous 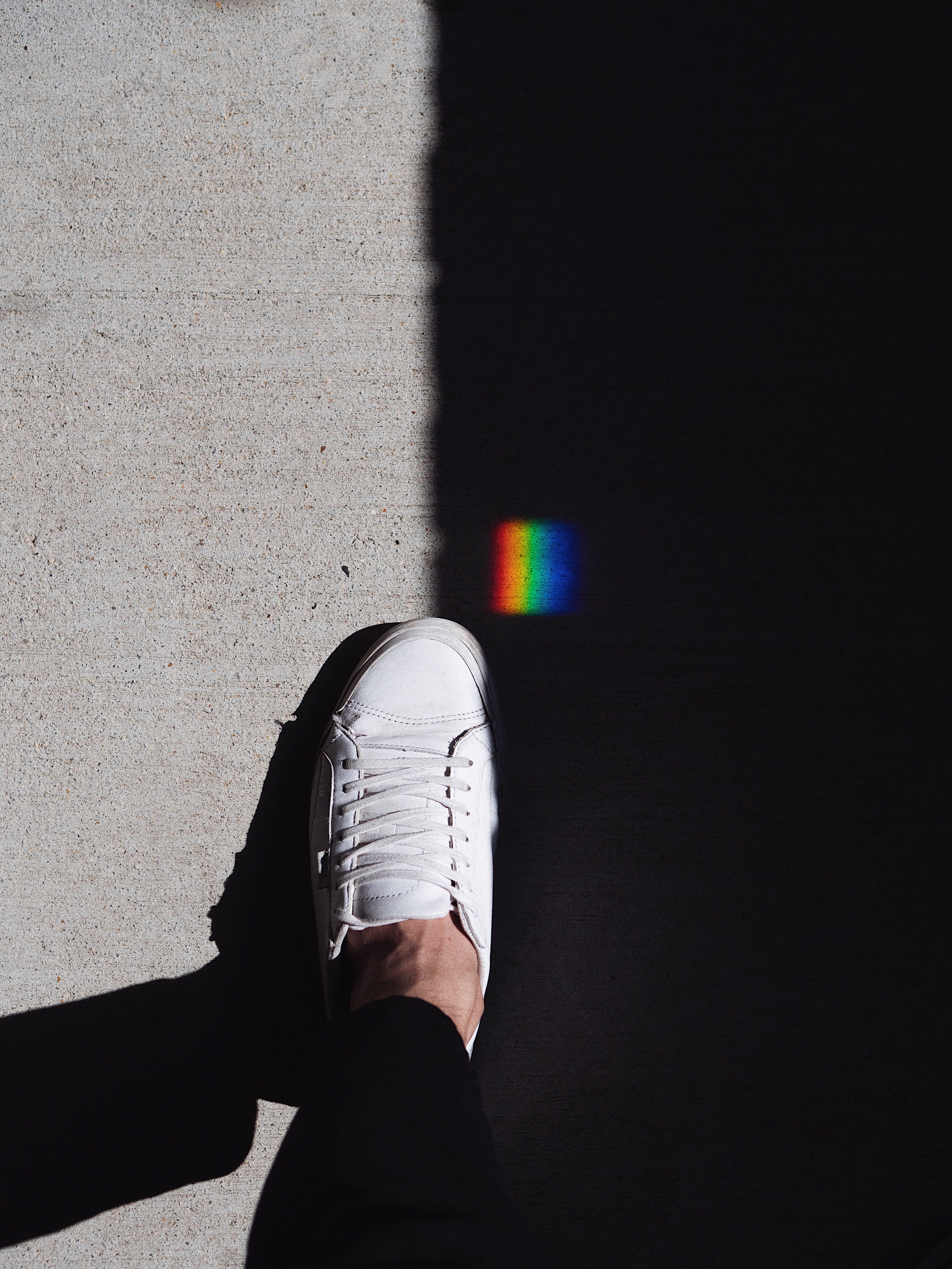 So, where do I start? I lived most of my life in the closet, or as my mother called it the “cupboard,” and boy do I regret it. What I am trying to say is that we really build coming out so much in our heads, it really is a big deal, and you come to realize it's all for the better.

I grew up in the Middle East, in a small, tight knit family of macho men and high society women. Looking in, you would think we fit the mold of normalcy that everyone expected of us. We are a strong family, still united in our way but there were things that we brushed under the carpet, including my sexuality. I always knew I was different and I knew something was not like everyone else. You can say I knew I liked men at an early age and it made it weird for me. Not that I didn’t like it, I just didn’t know how to process it.

Fortunately, we would spend our summers abroad in Europe, and I was exposed to more open cultures. I was old enough to go explore books stores and shops where I can check out what I was interested in! Then came the internet! Oh, DSL and learning how to navigate a super slow connection without getting caught on the one family computer. Let's just say my dad checked the history one day and asked me questions.

Fast forward, I’m now 18 and still closeted. I was home one day chatting with a cousin of mine online on AOL messenger (dating myself here) and he outright asked if I was gay. I broke a sweat and just wanted the world to swallow me whole. How did he know my secret? did he guess? What is he going to say? Does everyone know? OMG what is going to happen now? How should I reply? Well, I said yes! It took everything out of me, but I admitted it. At this point I was a ball of anxiety, like a rubber band ball wound over 8 billion times. I was ready to snap. I needed an outlet and his reaching out, was just that. He lived abroad and didn’t have the same mentality we did in the Middle East, so I figured he would help me grow, come to terms with myself and get out of this state of anxiety. His reply was supportive, but minimal. Not what I was really hoping for. In retrospect, it turns out my mom put him up to it. I guess she didn’t want to hurt my relationship with her. She knew, moms always know, and she wanted me to be…. Gay.

I was back in the state of anxiety. Sigh.

I headed to college in London. You would think I would just explode on the scene, but no. I always worried what my family would find out. Would I get disowned? Would I get killed? I was too scared to find out. So, I kept the secret to myself, and fell deeper into depression and despair and eventually decided to go back home and care for my mother who got diagnosed with cancer. I never finished my degree in London because I spent the summer working in the Middle East helping my mom, keeping her spirits up, and just figuring out my next steps. A year had passed, mom was in remission and she made me promise I would go back to get my degree. I decided it was time to start a fresh, all new, everything! I decided to move even further away from home to Boston. I was accepted into the schools I wanted and the programs I wanted. Everything was going to change, I was 21 and on my way!

I excelled and grew and the Internet got faster. I was able to connect with other men online and finally one fall I decided to meet one guy. Just like that I finally confirmed what I have always wanted to know, the feeling of being intimate with another man. I continued to explore in college as one would. Finally, I graduated and got my first job.

I started to feel more and more comfortable in my skin. Friends in college would ask if I was gay and I would vaguely answer and never really say I was. Finally I had gotten the courage to think to myself that it is time to really address this and be open about it. I did it in my own way. No, there was no big coming out parade!

One significant step was telling my Middle Eastern best friend. He still is one of my biggest supporters. I was visiting him in Chicago over spring break, we had gone out on the town and had a great night. We stopped for pizza on the way home and after that we were walking home and he just came out and asked me if I was gay? I don’t know if it was the alcohol or my comfort level but I said I yes! Oh how liberating. I was in my twenties and finally able to say it. His reaction was awesome, he said “Finally! I love you and finally you can be who you are.” He was amazing, he asked a million questions and I truthfully answered. Our relationship cemented forever after that night.

The next night was really the night I knew I had the best friend in the world. We were heading out for the night, I had no idea where to. He had said we are meeting friends for drinks after dinner. So we head out, have a great dinner and get to the bar. This bar was called Sidetrack. I had never heard of it before. We walked in and his friends greeted us just as we walked in. They were all men, they were all gay and we were at a gay bar! A Gay bar! In my entire life I never imagined him to go with me to one, yet alone organize a night out with gay guys. IT was sort of a coming out party you can say. That right there is a true friend and Sidetrack still is my favorite gay bar because of these memories.

That was my first coming out to anyone close to me. It would be years before I told my parents and brother. That story is fun too, stay tuned for chapter 2.

Although you may think coming out is the end of the world, its actually the beginning of your true life and what you want it to be.

Believe in the good of people. You are going to find the support and love you need.

Anonymous
The anonymous author posts submissions from users within our community who wish to keep their identity safe. Coming out is no easy task and sometimes you don't want to be identified. We get it, that's why we post submissions under an anonymous account to keep identities safe while still disseminating valuable information that is submitted to us.